We're often asked the question, "Is Land F/X BIM?" The simple answer is a resounding "Yes!"

First, a word about BIM itself:

BIM, short for "Building Information Modeling," is a term coined by Autodesk after its purchase of the architectural software Revit in 2002. Autodesk began to use the term "BIM" synonymously with Revit, which has created some confusion due to the fact that Revit isn't the only software package that delivers the marriage of collaboration and capability inherent in BIM.

A somewhat amorphous concept, BIM can be best defined through the intent behind it: the conceptual evolution of design into a melding of disciplines. It's a term referring to the inclusion of accuracy, embedded data, 3D modeling, and general multi-discipline collaboration into CAD design.

The ultimate aim of BIM is the real-time collaboration between different fields (architecture, landscape architecture, irrigation design, civil engineering, etc.) in 3D. It's an ambitious goal, to say the least.

"No single BIM tool can do it all. But as software companies try to get everything into a single package to facilitate clash detection, it becomes increasingly clear that no BIM software tool can do it all. The fact is that executing large-scope BIM projects requires a patchwork of software, and a robust set of best practices and standards to make them work together."

–Robert Green, from "BIM is Becoming More Difficult," in CADalyst

So where does Land F/X fit in?

Our plugins have always provided the fundamental criteria of BIM, including:

Note: If IFC files are the team's preferred method of inter-disciplinary interaction, Civil3D or SketchUp would be the preferred platform, where Land F/X is already fully integrated. Thus, Land F/X has always certified any BIM requirement. 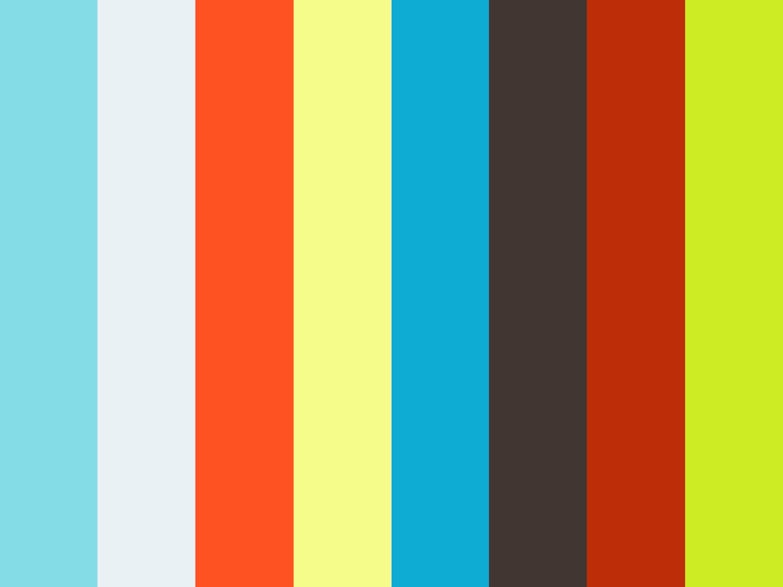 Planting F/X for Revit is Coming in 2020

The logical conclusion is that Land F/X is BIM!

The consensus definition of BIM is so far-reaching that we felt the need to distill it down to a few simpler concepts. To illustrate, we created the nifty grid/graph below. Note that the graph applies specifically to the design process.

Think of BIM as CAD 2.0 – a theoretical (and slightly utopian) evolution of CAD. The two axes in the graph represent the dual objectives of BIM – Capability and Collaboration. Each of the 9 squares represents a feature or characteristic of BIM that combines capability with collaboration. A square fulfills more of the capability goal the farther it sits to the right, and more of the collaboration goal the farther it sits down in the graph. The bottom right square, Collaborative, Interconnected 3D Model, represents the pinnacle of the combination of capability and collaboration in the design stage that is the idealistic intent behind BIM.

Key to the 9 Squares

Instant, Accurate Quantities: The ability to calculate objects in the model, such as plants or site amenities. With our plugins, quantities aren't just accurate – they're relevant (e.g., lineal feet of curb, triangular spacing of groundcover). What can easily take a day in CAD – such as assembling multiple block counts and layer area totals – is achievable immediately and decipherable to a human reader (as opposed to a list of Block – qty).

Drawing Objects Quickly: Examples include the ability to place a group of plants at once, or the ability to draw multiple lines to represent a wall and have those lines join each other and automatically offset as they intersect. Combined with instant, accurate quantities, this type of speed translates to greater efficiency in design.

Generating Plans in 3D: What's better than generating instant, accurate quantities while also drawing objects more quickly? Doing all of the above in 3D! Typically, 3D is a desired feature after quantities, drawing efficiencies, and quality control. Because deliverables are generally 2D construction documents, many designers still see 3D capability as a luxury. Thus, on the Capability axis, after the more pressing needs of labeling and quantities are addressed, firms are then able to consider the additional time required to model in 3D. Of course, inherent in 3D is a designer's ability to analyze and improve the product through the simple act of viewing it in 3D. As such, 3D is first and foremost a tool for the designer, with only the very far extreme being photorealistic renderings presented to the client.

Early Cost Estimate: Building on the presence of instant, accurate quantities, this square represents the ability to conceptualize a plan in the early stages and create a cost estimate based on that concept. Because the designer is able to generate instant, accurate quantities, this estimate is entirely possible and can help the design team – and the client – make preliminary informed decisions. This objective is especially important for sustainable features that may otherwise have been eliminated due to their costs, such as rooftop gardens, rainwater harvesting, and permeable pavers. An early cost estimate can actually help reduce the early elimination of these items based on cost.

Intelligent Objects: Even better than the capability of drawing objects quickly is the capability of having those objects be "intelligent" – that is, having data attached to them. A tree "knows" it's a tree, a wall "knows" it's a wall, etc. With this capability, the interface with the software itself becomes more intuitive. In addition, intelligent objects allow for a more effective cost estimate in the early stages of a project. (The Wall and Window buttons – and now, our Revit plugin's ability to place smart trees, shrubs, and groundcovers – in Revit are examples.) Overall, the software is collaborating with the designer on a higher level while also responding to professionals in their own terminology, which, in addition to the inherent efficiencies, reduces training costs.

Early Multi-Discipline Schematic Plan: When all disciplines are producing early cost estimates using advanced software that meshes them, the result is an integrated schematic plan that allows the client to make even more informed decisions in the project's primary stages – and avoid drastic cost-cutting measures later.

Intelligent Objects Directly from Manufacturers: Intelligent generic objects are helpful, but intelligent objects from manufacturers are revolutionary. This capability (as in our irrigation and site amenity libraries) allows you to select an item directly from a manufacturer's catalog and insert it directly into your model. All blocks, details, specs, parts, and subassemblies are available on the cloud, ready for designers to specific and place.

Collaborative, Interconnected 3D Model: This square represents the holy grail of BIM – the ability of all disciplines to work interactively, in real time, on the same model. This theoretical functionality would require a communications protocol for a design software that includes 3D modeling and accounts for every possible discipline. In reality, no software actually offers this capability. (Moreover, the potential chaos that could result from all disciplines working simultaneously in the same model could be nothing short of crippling.)

Beyond the Design Phase

As mentioned above, our BIM model covers the design phase because we're primarily discussing design software. A couple of key phases also merit mention in terms of how they relate to BIM:

With the contractor able to access a 3D model on a tablet, complete with intelligent objects, he/she can communicate electronically with the designer and supplier in order to make necessary changes – let alone improve the efficiency of construction by being able to deconstruct assemblies in 3D as necessary. This interaction with the contractor, as well as suppliers such as nurseries, is fundamental in our mind, yet is glaringly missed in most discussions of BIM.

The oft-mentioned UK BIM Mandate is notable in its focus on the electronic handover of documents to building owners. In theory, the owner should be able to count, calculate, and inventory everything related to the maintenance of the building. In practice, the mandate is problematic in that:

Our plugins have always allowed for all capabilities described above, short of the collaborative, interconnected 3D model. (Note that such a model is certainly possible with software such as NavisWorks, Rhino, SketchUp, or even Revit – just not in real time, as it requires some manual assembly of files from the various consultants involved.) In our view, the intent behind BIM centers on intra- and interdisciplinary communication. Rather than requiring a one-size-fits-all platform, maximum efficiency in design means allowing each designer to use tools tailored to his or her discipline.

Achieving this goal, while also fulfilling the tenets of BIM, can only happen if the project lead accepts the use of different software platforms – as long as those platforms can communicate with each other and connect designers, manufacturers, contractors, and clients. In the end, capability is more important than platform. If a landscape architect can attain greater capability using a different platform from that of the architect while achieving the same level of collaboration, is that platform automatically disqualified from being defined as BIM? We think not!

And now that we've introduced a Planting F/X Revit Plugin that not only connects CAD with Revit but allows landscape architects to specify, place, label, and schedule plants while working in Revit, there's no question: Land F/X is BIM.

Ready to jump into Revit?

Our Planting F/X Revit Plugin brings landscape architecture tools directly into Revit just as our AutoCAD plugins have adapted CAD for the landscape design field for more than two decades. Ready for Revit to start working for you? Download our Revit plugin, available for Planting F/X users.

Don't have Planting F/X, our landscape design plugin for CAD (and now for Revit), yet? Request a 30-day trial.