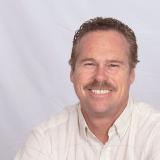 I forgot. Please explain to me again why mainlines, laterals and sleeves are in the F/X Irrigation tab but drip supply and exhaust headers are not. What is the difference between a sleeve and a header? Both are not sized. Both need descriptions and linetypes/layers. Why do I have to open a different tab and generate a separate schedule? Why do I need two separate schedules? It would be cleaner if we don't have a separate schedule with two items in it. Wouldn't it?

Jer? Jake? Is the response too long? You can call me.  I'm not asking you to fix it, I'm just wondering why. 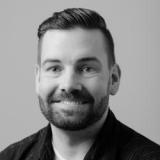 Apologies on not responding! Thanks for pinging us on this one again, Corona must have gotten to this post before we did.

In short, a drip exhaust/supply header is not a function quite yet in the system. Therefore, no button with the rest of the tools.

I think your Sleeve vs Header comparison is a bit off. Yes, sleeves AND headers would need to be sized (even if manually). Biggest difference of course being that sleeves are a tunnel for other pipes, so that needs to be manually sized in order to allow for your design intent. Headers do have the potential to being sized (automatically) based on flow or areas, and dependent of course how it is actually drawn.

Yes, the use of RefNotes to include items like drip headers (and wire, for that matter) is the workaround for now until we do integrate those items within the Irrigation Manager.
We do have it already noted as a wishlist item that would allow for the placement of drip headers, which would be located within the pipe data dialog. Something else you are welcome to try is simply use a class of lateral pipe not being used (I use class 9 as my blank drip tubing to run within drip hatch areas). Doing it this way allows you to modify the pipe name and description that shows up in the schedule, and poof! it is a part of the irrigation schedule.

Let me know if I am misunderstanding anything you are after and I am happy to discuss further. 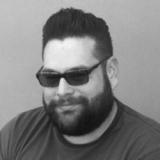 As you know, I do my very best to not have to show supply and exhaust headers unless I'm explicitly required to do so. But since you asked, I'm also curious to hear why it's not a similar option to the sleeves. Looks like Jake answered the question before I could hit send. Thanks, for the info, Jake.

It's always great to hear from you. I so value your opinion.

I've been to the site too many times and put in the position when I have to have the contractor install the exhaust and supply headers properly, while the client is wanting the certificate of occupancy the day before, but can't get it until I release the landscape cert. So, we always put it on the plans now along with a flush valve at every termination point and an indicator at the furthest point in each direction from the valve. We'd like to have an indicator that requires 30 PSI to pop up, not less. That would make observations so much easier. Now we add a female adapter at the end of the flush valve hose so that we can place our pressure gauge on it easily. It's an easy way to check to see if the drip systems were installed as designed. Oh really? You've never come across a contractor who decided to install it any differently?

You're always a breath of wisdom. I'll try your suggestion about the non-used class of pipe. It sounds like a good (if not GREAT) workaround.

Why would you have to size an exhaust header? At that point you shouldn't be concerned with friction loss. Is it a concern with safe velocity? I'll have to consider that. I've never calculated that. At the end of the line, could the velocities be that high? Maybe. As far as sizing the supply header, we state in the callout description that it is to be the size of lateral feeding the pipe transition point. Would it ever be different? Well, I suppose if one were to specify a different type of pipe. Which could easily be done. For instance going from PVC to poly. Maybe that would make a difference. Not much of one probably. Could it be significant?

Thanks to both of you!

This is all good info, thanks for sharing! It is an interesting thought, that whatever size the system finds the lateral to be, just use that for the header... But to that point, that it IS doing some type of calculation ;)

We definitely want to continue pondering how to accomplish this but we need more than what you want it to do, we need HOW it will be done (don't forget that once Supply and exhaust headers are introduced, this will create loops in the drip and laterals... which is yet another level of complexity and calculations!). Happy to discuss this over tacos :)

I really miss you my friend. Hopefully I'll see you at the Virtual Trade Show. Will we be having a virtual party afterwards too?

There are no replies made for this post yet.
Be one of the first to reply to this post!
Please login to post a reply
You will need to be logged in to be able to post a reply. Login using the form on the right or register an account if you are new here. Register Here »
Forgot Password?