Is there a way to fill in arbitrary indicators for some of the Plant Callouts without messing up the Verify Labels tool?

Here's a scenario:  We often have to indicate which requirements a plant might be counting towards.  For example, if we have a tree replacement ordinance, we sometimes need to indicate which proposed plantings are counted towards the replacement requirements.  Before Land F/X, we would simply tack a symbol on the back of a Plant Callout.  So instead of "(1) CCA", we might do "(1) CCA*" where the
"*" associates that tree with the replacement requirement via a note on our plan.  However, doing that in Land F/X results in that symbol getting deleted when you Verify Labels.

One possibility we considered would be to change the Code on a per-species basis in the Plant manager.  But unless all of the trees we want to indicate are the only ones of that species in the plan, we end up having to create a copy of the species explicitly for that purpose.  And we don't really want to do that.  We also thought of creating unique label styles that would already contain such a symbol.  But that seems both cumbersome and not scalable.

Ideally, it would be best if we could just edit the label to throw the * at the end (or whatever symbol we approve).  Maybe a feature already exists where I can "escape" characters following a specific symbol so that Land F/X can ignore it?

We are certainly open to other suggestions as well. 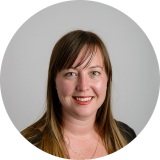 Allowing a custom attribute in a plant label sounds like a good solution that we're going to put onto our wishlist to see about getting that added.

In the meantime, you could make use of the remarks section or a plant size field to add that extra character. You can see the built-in attributes that you can use on this page: Attribute Definitions for Plant Labels