In this example, we'll use F/X Scale by Reference to scale the site image below. 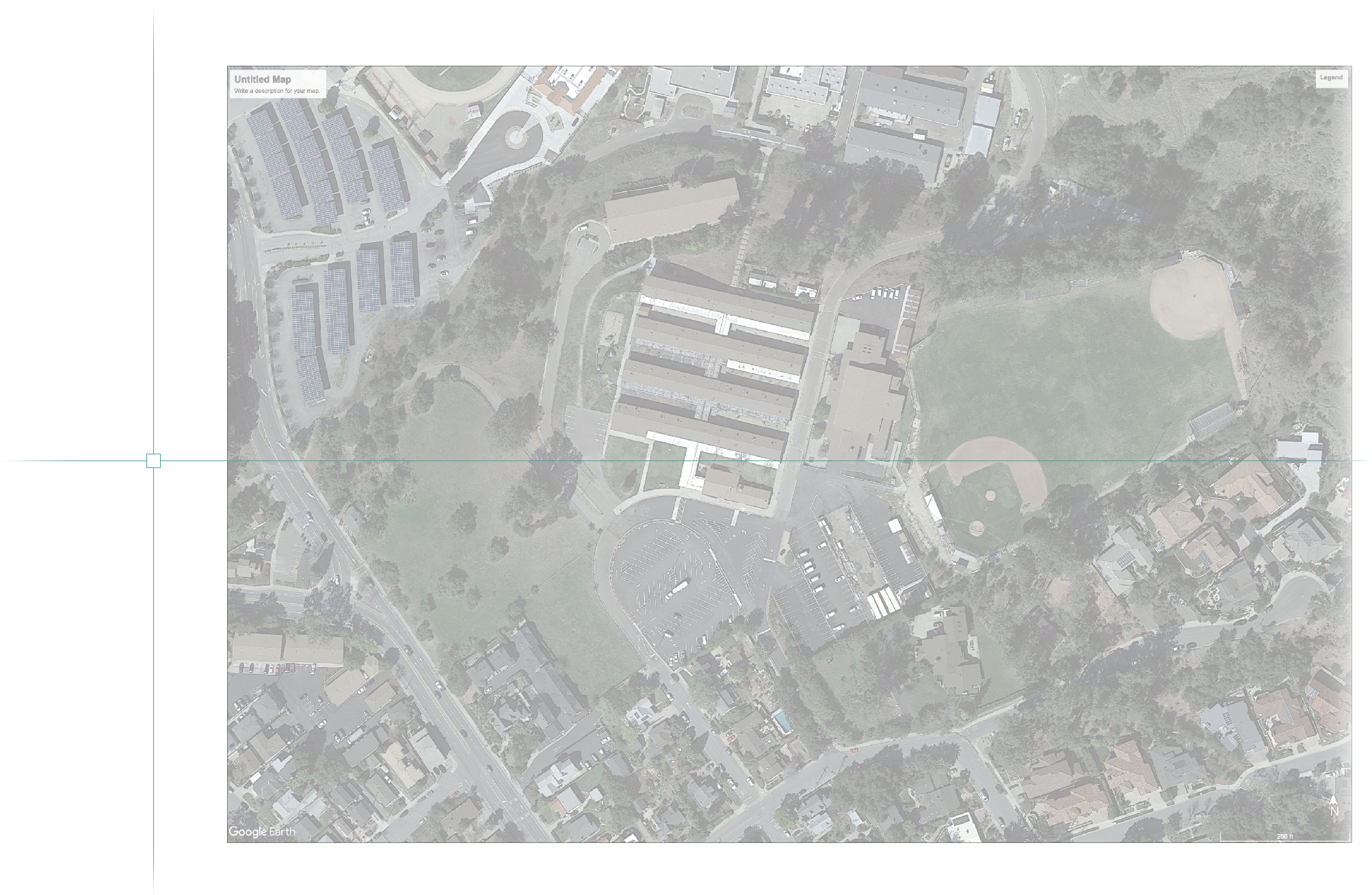 You'll be prompted to Select Object.

The cursor will turn into a pickbox. Click the object you want to scale.

You'll be prompted to Select first point. Click one end of the known distance on the object. In this example, we'll select the left end of a length dimension.

You'll then be prompted to Select second point. Click the other end of the known distance on the object. In this example, we'll select the right end of the same length dimension. 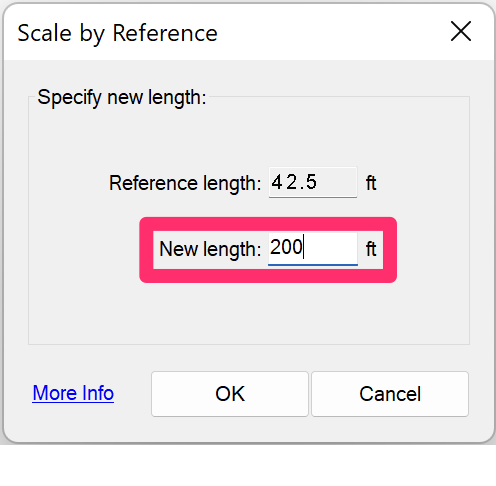 The Scale by Reference dialog box will open.

The Reference length entry will show the actual current length of the known distance you selected.

Type your desired length for that distance in the New length text field. In this example, we want the length dimension to actually measure 200 feet, so we'll type 200.

After you click OK, the object will be scaled based on the distance you entered.

Your drawing will zoom in to the scaled object, and you'll see a message confirming the object was scaled.

You can verify that the object has been scaled correctly by checking any known distance on that object. 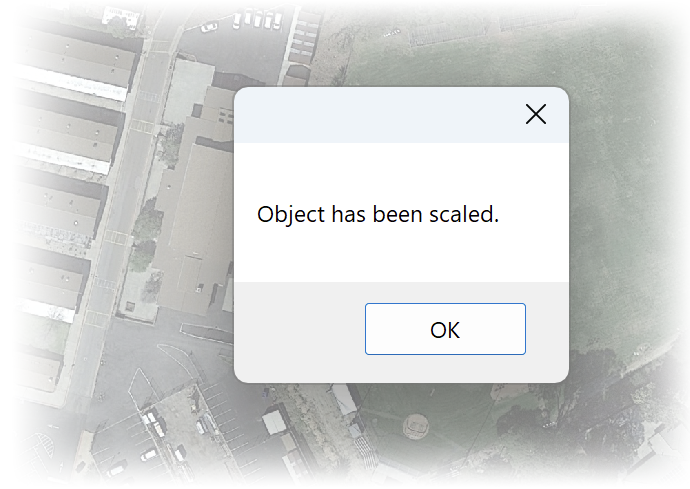 Scaling by Reference in Native CAD: A Process Simplified 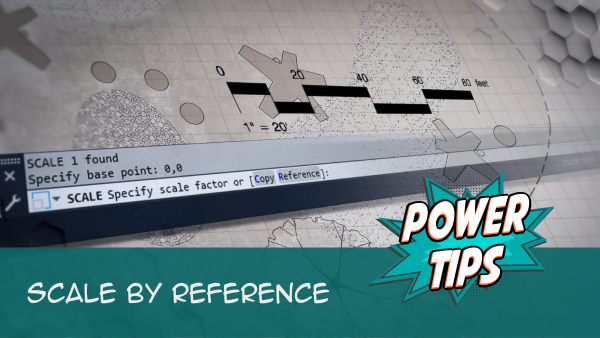 As mentioned above, our F/X Scale by Reference tool simplifies the Reference option within the native CAD Scale tool.

For information on the native process this tool simplifies, see the Autodesk documentation on scaling by reference, as well as our Scale by Reference Power Tip, linked to the right.

Next Article:
Cleaning Files with the Nuke Tool