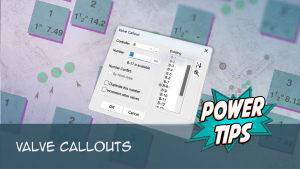 Calling out a valve will create a symbol listing the valve's number, flow, and size. You may wish to select a specific style of valve callout of your choice in the Irrigation Preferences.

At any point after the placement of a valve, you can call it out. Resizing the valve's lateral pipes will automatically update the callout with the correct flow for the valve. After you call out a valve, the valve schedule will identify it using the number you've assigned it.

Learn how to edit and customize your valve callouts from our Customize: Valve Callouts documentation page.

or type ValveCallout in the Command line

The cursor will turn into a pickbox, and the Command line will prompt you to Select valve.

Click a valve in your drawing to call out.

The Valve Number dialog box will open, allowing you to enter a number for the valve. The box will default to the next available valve number as a suggestion.

The system will verify that the number you enter is not used by any other valves in the drawing.

Click to place the callout. The Command line will then prompt: Callout location.

Select the general direction where you want the callout to be oriented by clicking either to the left or right of the leader endpoint. Finally, the Command line will prompt: Arrow location, <no arrow>. 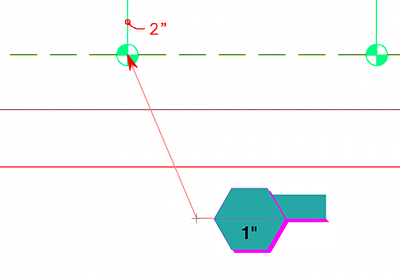 If you want an arrow drawn to the valve, click a point to indicate the length of the leader you want.

We've added background masks to our valve callouts to provide better contrast in your drawings. The default color of these masks is Color 133 (as pictured to the left). If you don't like this color, you're free to change it when customizing your valve callouts. Not seeing your text in your valve callouts, or are they plotting all black, including the text? Here's what to do. 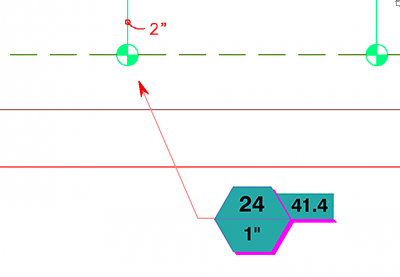 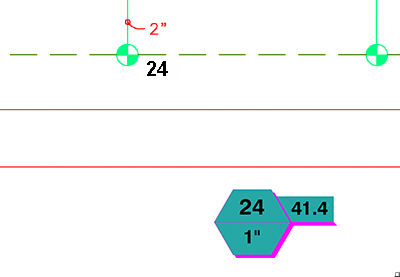 If you'd rather not have an arrow pointing to the valve, and prefer to organize your valve callouts in a common location, you can right-click. The valve number will instead appear next to the valve.

If you'd prefer to place the callout near the valve, with neither an arrow nor a number, press the Esc key when prompted for the arrow.

If you opt for a callout with no arrow, a valve number in the same font as the text in your callout will automatically appear next to the valve. You can adjust the location of this number for clarity. 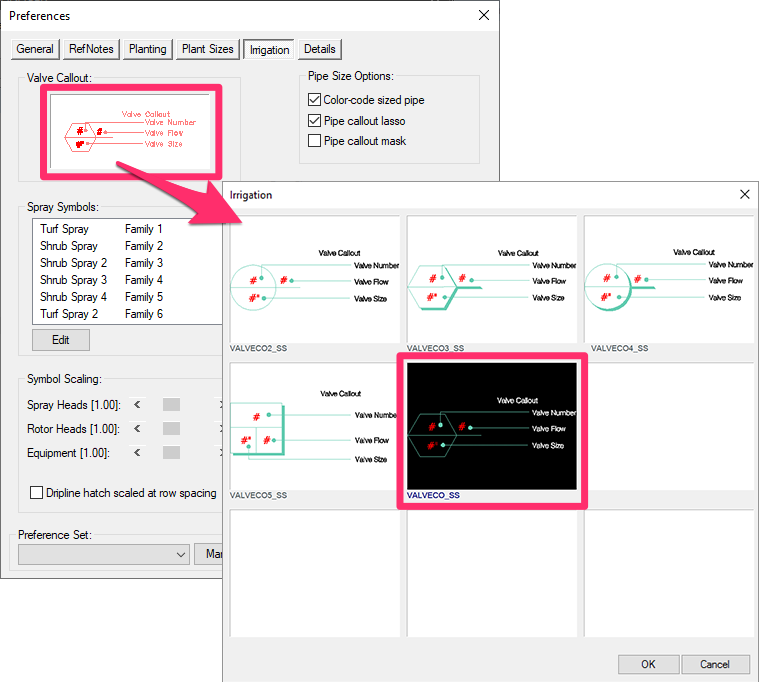 You can also make changes to your valve callout settings by editing the equipment: 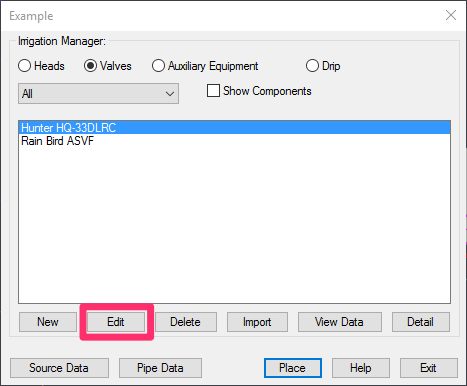 Select the equipment to edit in the Irrigation Manager and then click Edit.

To select equipment to edit that you've already placed in your drawing, use our Edit Equipment / View Data tool:

or type EquipInfo in the Command line

Then select a valve in your drawing to change its callout settings.

Click Callout to select a different callout style for the selected valve. 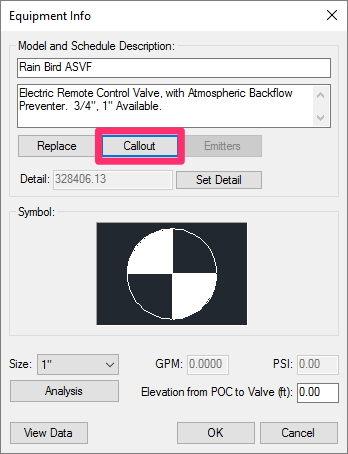 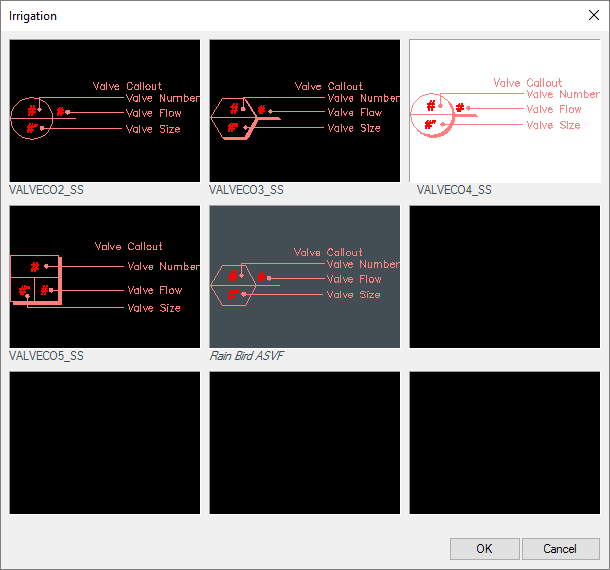 You'll now see a dialog box with the thumbnail images of the available valve callout styles.

Click one of the thumbnail images to select that callout style.

The callout style you select will be the style our software will use – regardless of what you select in the Preferences screen.

You should also be able to test that any valve added to the project will use the callout specified in the Irrigation Preferences screen.

If you place a Valve Callout in a drawing that includes one or more Slope Areas, the tool will scan all All Areas for Dripline to determine whether they are inside a Slope Area. If so, the schedule will recalculate those areas' flow rates based on the slop factor and the change in square footage/meters.

Entering a Number Already in Use

If you call out a valve and enter a valve number that is already in use, you'll be prompted with a Valve Number in Use dialog box.

In this case, you have the following options:

Duplicate: Clicking this button allows you to reuse the same valve number.

You may find yourself modifying an irrigation plan that has already been sized and labeled. At times, this process may include combining zones, which will require you to delete one or more valves.

In this case, you'll notice that the valve schedule will skip the valve number(s) that you have removed. Rather than deleting the old valves and re-creating them to correct the numbering, you can renumber the valves using the Valve Callout tool.

Simply start with the lowest numbered valve. If, for instance, you removed valve 5, you would click Valve Callout and select valve 6, then change its number to 5, and the system will ask whether you wish to renumber the remaining valves.

Valve Callouts support the following rules for sorting, suggesting the next value, and renumbering:

Issue: Some of my valve callouts are not resizing (rescaling) when I rescale my drawing

Issue: A drip hatch (for an area for drip emitters/spray or area for dripline) is disappearing when you place a valve callout

Issue: You created zones using our Circuiting tool, and the zones' flow rates don't match the rates from your Valve Callouts

Issue: You placed a valve callout inside a Work Area with a UCS assigned to it, and the callout aligned to that UCS rather than to the WCS

Issue: Your valve callout text is not showing up (but your callouts are)

Issue: The text is not visible within your valve callout boxes, your callouts have a background color fill, or they're plotting all black

Issue: One or more of your valve callouts shows the wrong valve size or displays strange characters

Issue: Your valve callout arrows are hollow, not solid, or displaying as lines only