Images and PDFs Listed as Unreferenced in Xref List (Xref Manager) or are Missing or Do Not Display
sales@landfx.com
+1 805-541-1003

You've attached images or PDFs to your drawing as Xrefs, and one or more of the files are showing up as Unreferenced in the Xref Manager – or the images are not loading.

The images may have gone missing, or just won't load.

These items may also not initially display in the drawing until after you use the XREF command. 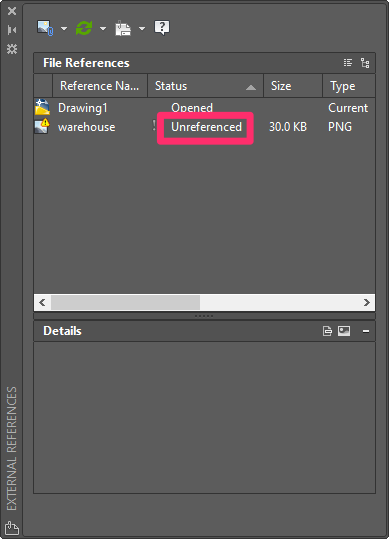 Xrefs can be marked as Unreferenced for a couple of possible reasons.

Images and PDFs use ISM proxies, so they are unfortunately affected. However, running a command to invoke them causes them to display. Typing XREF as a command to invoke displays them. If you keep your Xref Manager open, you won't see the Unreferenced CAD quirk either.

So it's a known issue, but a quirk with how AutoCAD deals with these types of proxies. The images will display, but may appear as Unreferenced. They'll still plot and save as long as they're displaying, which is why it's just a "quirk." 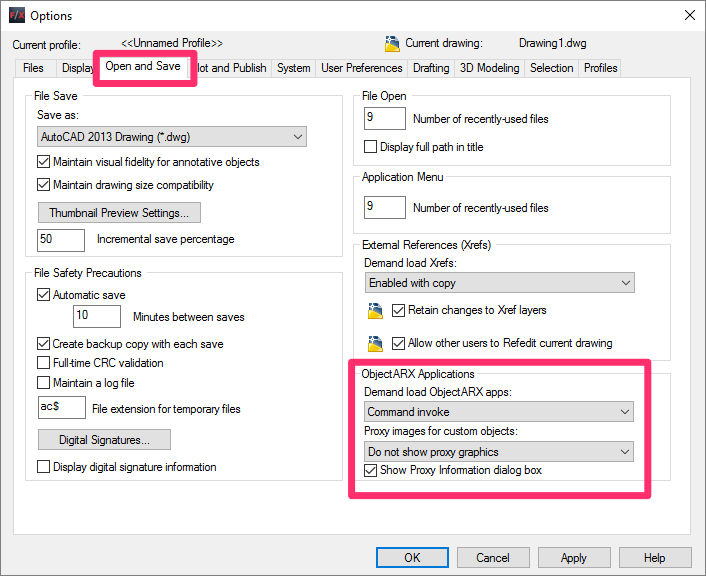 The most effective solution:

The simplest and most recommended solution is to keep the Command invoke setting in the Options dialog box and just keep the Xref Manager open. If space is a concern, you can dock or collapse the Xref Manager.

Still having an issue? Or are you unable to keep the Command Invoke setting and/or keep the Xref Manager open? Here's what to do:

If you can get your images or PDFs to attach correctly, you've resolved the issue.

Images or PDFs still showing up as Unreferenced? Move on to the next step.

You can also change the setting for ARX Application objects in the Options dialog box to something other than Command Invoke, although we do not recommend changing this setting. Although it may remove the AutoCAD quirk causing the issue, it will also hide potentially corrupting common proxies.

If you choose to change this setting despite our recommendation, you're free to choose the setting you'd prefer based on your own needs using the ObjectARX Applications menu in the Open and Save tab of the Options dialog box.

You can open the Options dialog box by typing OP in the Command line and pressing Enter. Select the Open and Save tab, and make your selection from the Demand load ObjectARX apps menu. Click OK to save the change. 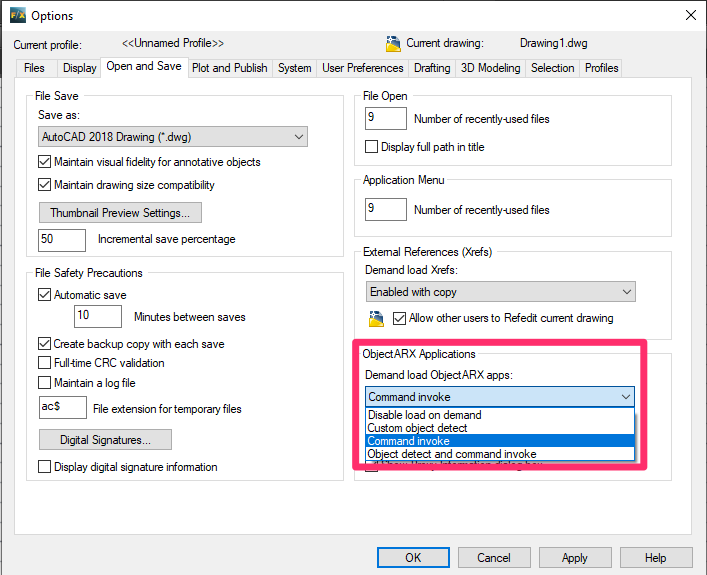