You placed a dimension using one of the Dimension tools on the F/X Site ribbon, and the dimension isn't appearing correctly. 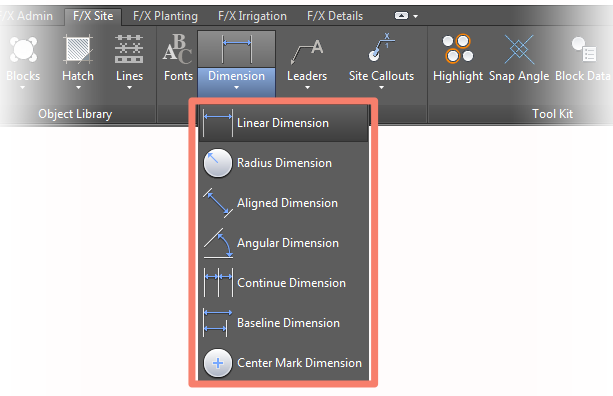 For example, the text in the dimension may be turning into a slash (/) symbol. 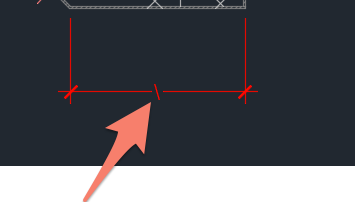 The dimension may also be coming in exploded – that is, as a series of separate objects – rather than a block, as it should. 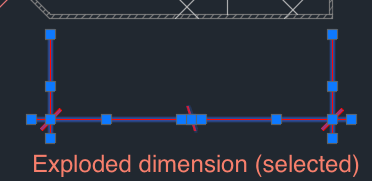 Are your dimensions simply not looking the way you want them to, but the dimensions themselves are coming in correctly? (That is, you see the correct text rather than a slash, and the dimension itself is coming in as a block as it should?) If so, you may simply need to set your Dimension Style (DimStyle) to meet your preferences. Find out how by visiting our Dimension Styles (DimStyles) documentation page.

An AutoCAD system variable called DIMASSOC may be set incorrectly to 0 in your drawing.

Type DIMASSOC in the Command line, and press Enter.

When prompted to set a value, type 2 and press Enter. This setting will prevent the dimensions from exploding and changing to a slash.

Delete and purge the problematic dimension, and place the same dimension again. It should now come in as a contiguous block, and the text should appear correctly, as pictured below.