Match Properties With Similar Hatches: Rotation or Angle Does Not Change
sales@landfx.com
+1 805-541-1003

Match Properties With Similar Hatches: Rotation or Angle Does Not Change

You attempted to use our Match Properties tool to change an existing hatch object in your drawing (such as a groundcover or Reference Note hatch) to another object with the same hatch pattern but with a different rotation. Match Properties is changing the destination object into the source object successfully, but the hatch rotation is not changing.

And you're trying to change it into a different Reference Note object that looks like this:

The object is changing correctly, but the hatch is staying the same as it originally was in the drawing, with the original rotation. 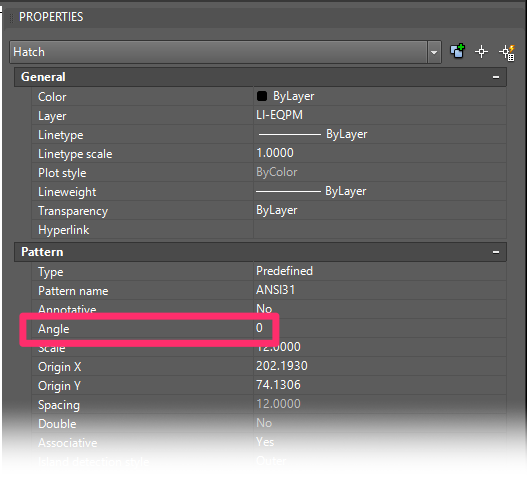 If you select both hatches and look in the Properties panel, they may be listed as having the same angle, even though the hatches clearly don't have the same angle in your drawing.

To open the Properties panel, type Prop in the Command line and press Enter.

This issue is the result of an AutoCAD bug with processing the same hatch pattern with different angles. As the Properties panel shows, AutoCAD changed the angle of the hatch in the properties data – just not in the drawing itself.

In general, it's a good idea to use distinct hatches for different objects in your drawings.

Select both hatches and change the angle to something other than what is currently showing.

For example, if the angle of both hatches is showing as 0 (even though the hatches are visibly at different angles), change the angle to anything other than 0, such as 90. 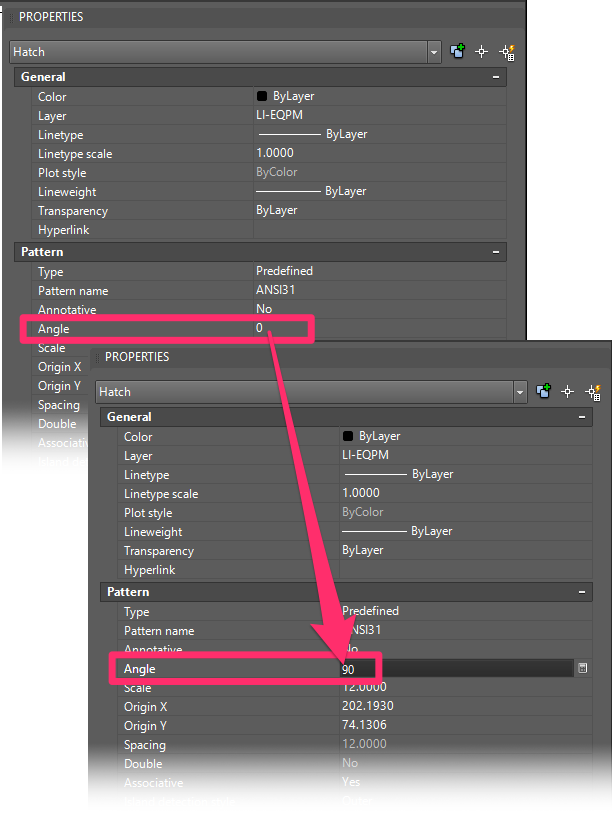 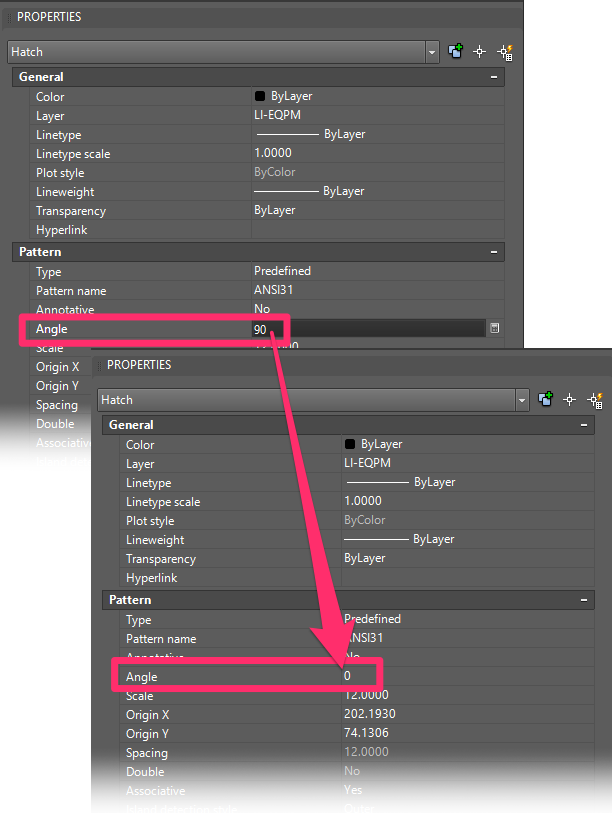 You can then change the angle back to what it was originally (in this example, 0).

Both hatches should now have the correct angle in your drawing.