Rescale (Resize) Objects or Hatches After Setting the Scale 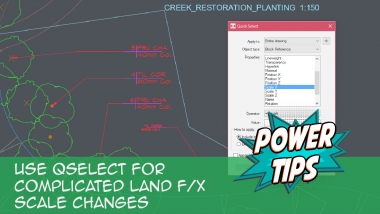 You need to rescale objects in your drawing to make them larger or smaller in order to fit a new drawing scale. (In the case of hatches, you want to make them either denser or less dense.)

The following steps apply to any object or hatch in your drawing, including:

Rescale Objects or Hatches While Changing the Drawing Scale

Ideally, you haven't set the new scale yet. In this case, you can rescale everything in your drawing equally using our Scale tool.

In the Land F/X Plot Scale dialog box, select the option to Rescale objects when you change your drawing scale.

This option will convert every object and hatch in your drawing, as well as all text, into the new scale. 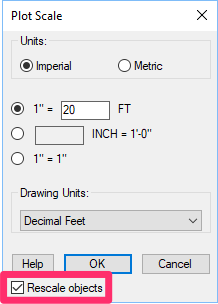 What If You Already Changed the Scale and Didn't Check the "Rescale Objects" Box?

If you haven't made any substantial changes to your drawing after setting the new scale, you can re-apply the old scale by either:

You can now set the new scale again, this time making sure to check the option to Rescale Objects.

What If You're Unable to Return to the Old Scale?

Re-applying the old scale is not a good idea if you've completed any of the following actions since you originally set the new scale:

The Rescale objects option rescales all Land F/X objects in the drawing using the conversion factor between the old scale and the new scale. It does not check the scale of each object, which saves significant computer processing resources.

In either of these cases, you'll need to rescale selected objects in your drawing by using the following workaround:

1. Open the Properties panel by typing Prop in the Command line and pressing Enter.

2. Click one of the objects you need to rescale, such as a symbol, hatch, or plant label. Check that object's scale in the Properties panel, and make note of this number. 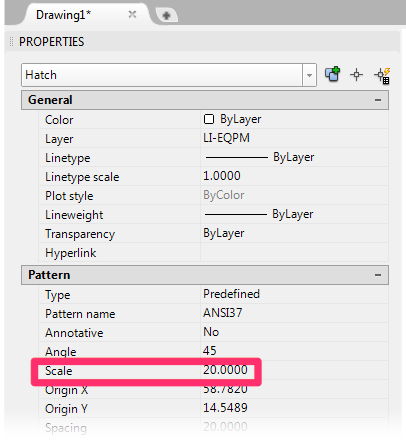 Scale for a hatch in the Properties panel 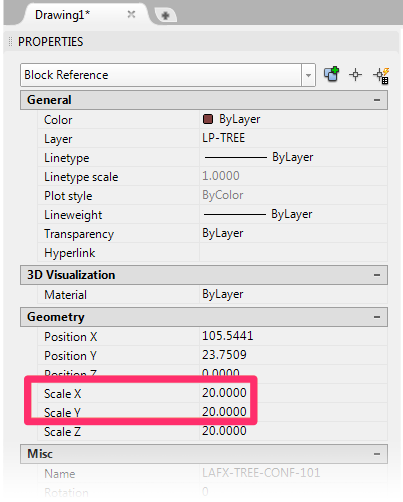 A block will have both an X and Y scale, as shown above.

3. Select a similar object that was already in the drawing before you set the new scale. (For example, if you checked the scale of a hatch at the new scale in Step 2, select a hatch in the old scale.) Check that object's scale in the Properties panel, as shown above.

4. Type QSELECT in the Command line, and press Enter. Depending on the objects you're rescaling, make the following selections in the Quick Select dialog box. Click OK when finished. 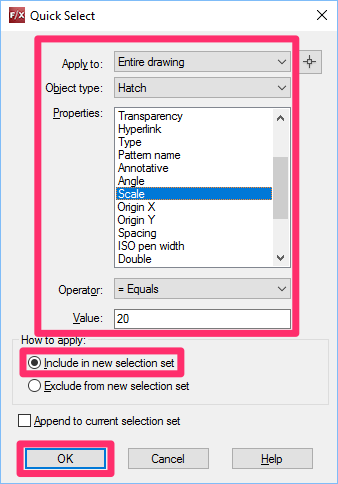 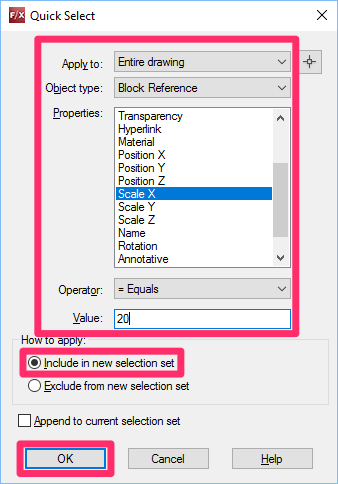 All similar objects in the drawing will now be selected, allowing you to change their scale globally.

You can now change the scale of the selected objects in the Properties panel as shown below. 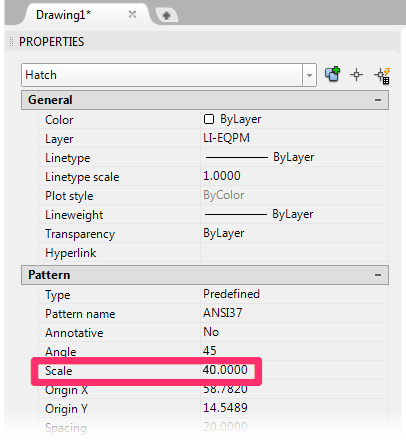 Change the Scale entry to the new scale (that is, the number you noted in Step 3). 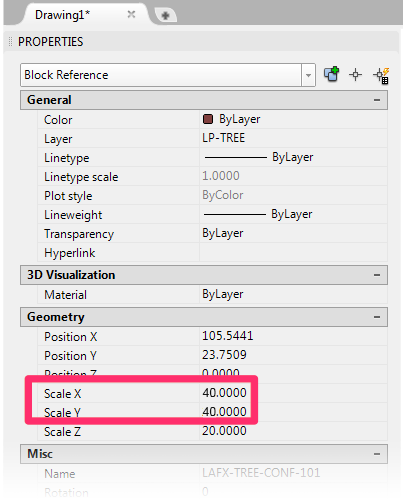 Change the Scale X and Scale Y entries to the new scale (that is, the numbers you noted in Step 3).

In this case, we've doubled our scale. As a result, any blocks we selected (such as plant labels) will double in size. 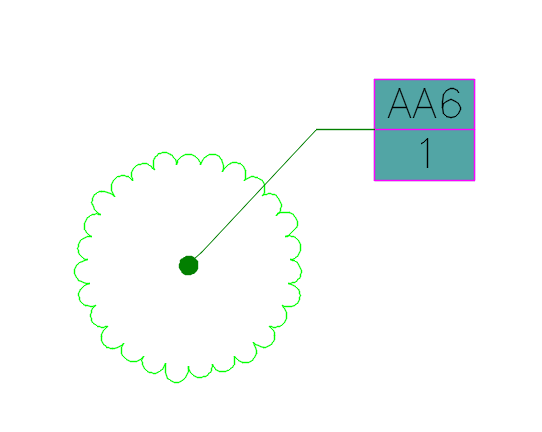 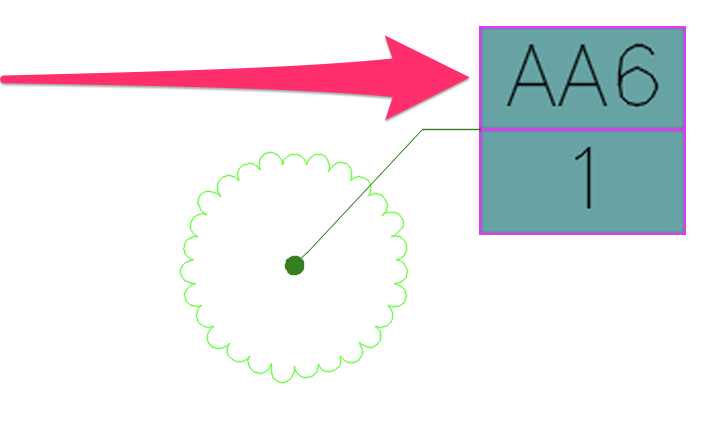 For plant labels, you may need to repeat these steps for both the Left and Right callouts.

Any hatches we've selected in our example will become half as dense because we've doubled our scale.

You may need to try out a few new scales for the hatch or block you're rescaling before you arrive at the correct one.