Are you having problems placing a hatch for planting, irrigation, or hardscape purposes? Potential issues include:

Land F/X hatches require a closed polyline boundary. Without this boundary, you will not be able to place your hatch. Why? Because without an enclosed border, Land F/X will not be able to count or quantify the items represented by the hatch (such as plants, mulches, or schematic irrigation equipment).

If you have an existing polyline boundary for your hatch, it may be that this line is not completely closed.

You can close this polyline using the BOUNDARY command.

In this example, we're attempting to place a site hatch within the polyline area shown to the right. The polyline is not completely closed, which is preventing the hatch from placing properly.

To fix the issue, we can use the BOUNDARY command. 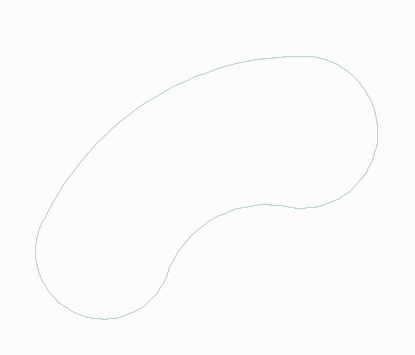 Type BOUNDARY in the Command line. 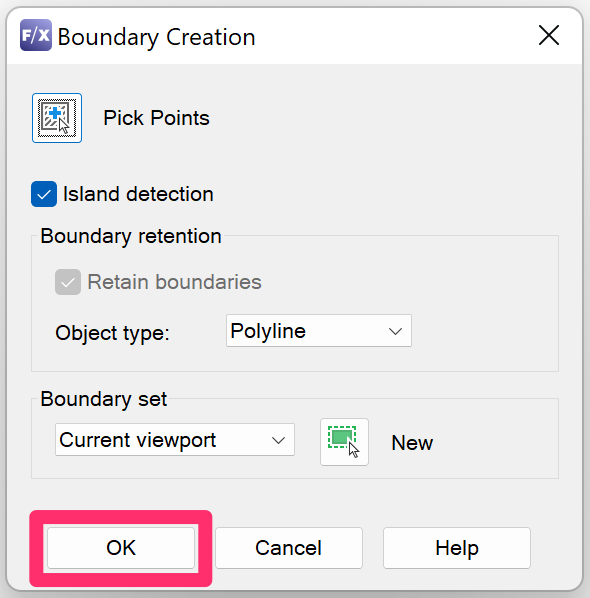 The Command line will prompt you to Pick internal point. Click within the polyline area in which you are attempting to place the hatch. AutoCAD will turn the polyline into a new, closed boundary. 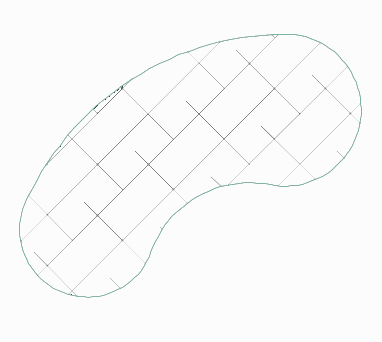 You should now be able to place the hatch again within this polyline.

In this example, the polyline boundary has been transfprmed into a closed polyline. We can now place our site hatch.

The BOUNDARY Command will work for all hatch boundaries – planting areas, including groundcovers; site hatches; and schematic irrigation hatches.

In most cases, your re-created boundary will work and be perfect. But sometimes the BOUNDARY command will give you the following error message:

A closed boundary cannot be determined.

If the BOUNDARY Command Gives You This Error ...

It's time to zoom in and investigate your bounding polyline. Chances are, the issue is arising because it's not completely closed.

Here's an example. The rectangle pictured to the right may appear to be closed.

If you were to run the BOUNDARY command on this rectangle and see the error message, you'd know it's time to zoom in and check the polyline. Let's start with the top left corner. 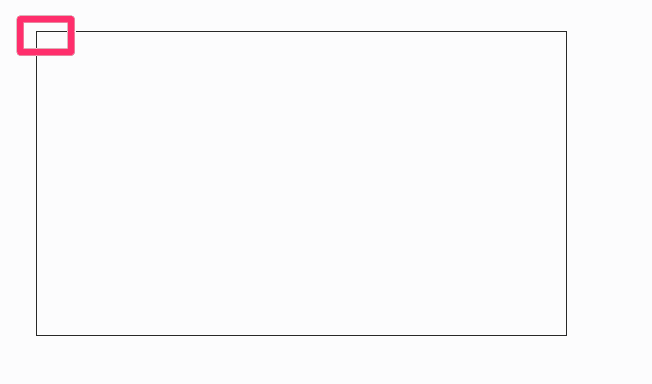 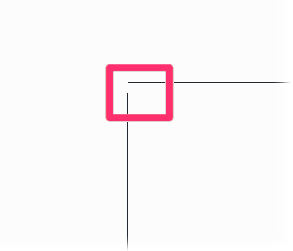 When we zoom in, we can see that the polyline is not actually closed. This is what happens when a designer "eyeballs" a polyline closed rather than using the CLOSE command.

To correct this issue with your Schematic area, you'll need to close the bounding polyline.

Right-click the polyline boundary to open the menu pictured below.

Select the Polyline option from the menu , then select Close from the submenu.

The bounding polyline will close. Your hatch should now function correctly.

To prevent this issue in the future – not only for hatches, but for any CAD function that requires a closed polyline, always use the CLOSE command when drawing a closed polyline (type C in the Command line and press Enter). You can now be sure that the polyline is properly closed. 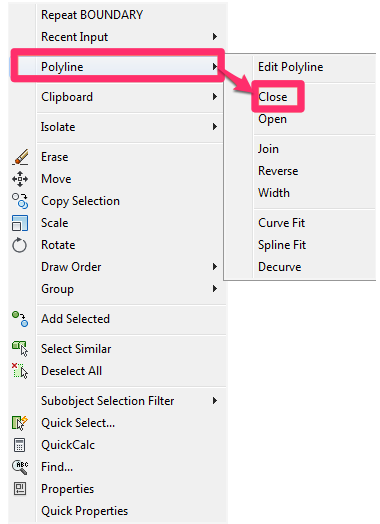