You ran a Runtime Schedule, and the list of points of connections (POCs) shows several of the same POC numbers or letters. 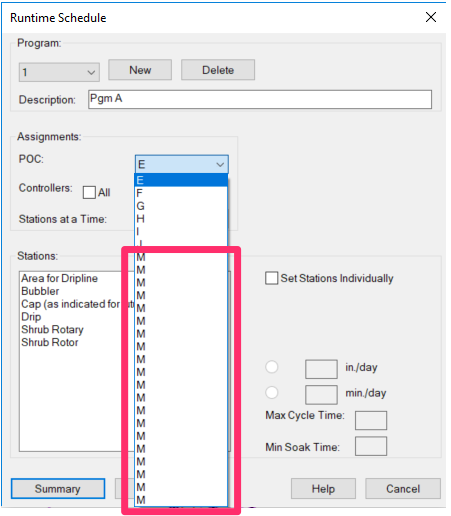 The POC whose number is being duplicated has been placed around the drawing multiple times with the same name.

In our example, the POC named M has been placed several times throughout a drawing and, consequently, has shown up several times in the list of POCs in the Runtime Schedule dialog box.

Placing several POCs with the same name is not recommended. The system will treat each POC as the same, and if adjustments are made to one, all will change. If you need to adjust POCs separately, you'll need to add multiple POCs from the Source Data.

If you're sure you want to place the same POC in different locations around your drawing, give each POC a different POC Number when creating them from the Source Data. 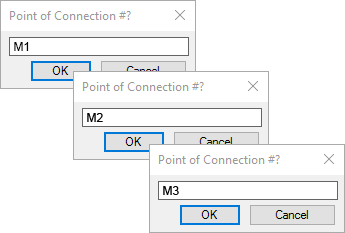 In our example, we could create POCs with the identifiers M1, M2,M3, etc. 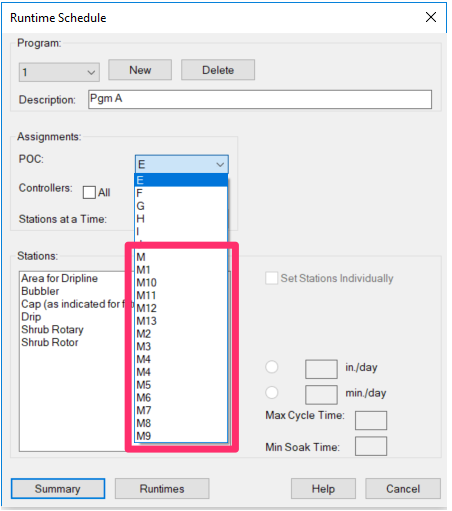 Then, when you run a Runtime Schedule, you'll have an easier time differentiating between the POCs you've placed in your drawing.

For ultimate clarity, take care to match your Valve Callouts to the way you label your POCs.