Our Import tool for SketchUp brings your planting plan and Reference Notes (RefNotes) such as site amenities from a CAD drawing into a 3D SketchUp model. It also imports your planting palette and RefNotes inventory into SketchUp for future use.

Before Importing Into SketchUp

Prior to importing your trees and shrubs from CAD into SketchUp, you'll need to export the project from CAD to the 3D Connection Cloud using our 3D Connection tool.

You're now ready to import all this data into your SketchUp model.

Importing Plants and Reference Notes Into a SketchUp Model

The Land F/X Projects dialog box will open. Here, you'll see a list of all projects you've created in SketchUp, or imported from CAD into SketchUp. The list will now contain the name of the project you've just exported from CAD in the steps described above.

This dialog box will also open if you select the Import Plants tool before opening a project.

Click the name of the project you've exported from CAD to to the 3D Connection Cloud.

Make sure you're selecting the correct project number. In our example, the dialog box contains two projects named Tutorial 1 Metric. The project we imported from CAD is the one with the number 9010-M.

Your project will open in SketchUp, and the Land F/X Projects dialog box will close. Now open the Land F/X Import tool: 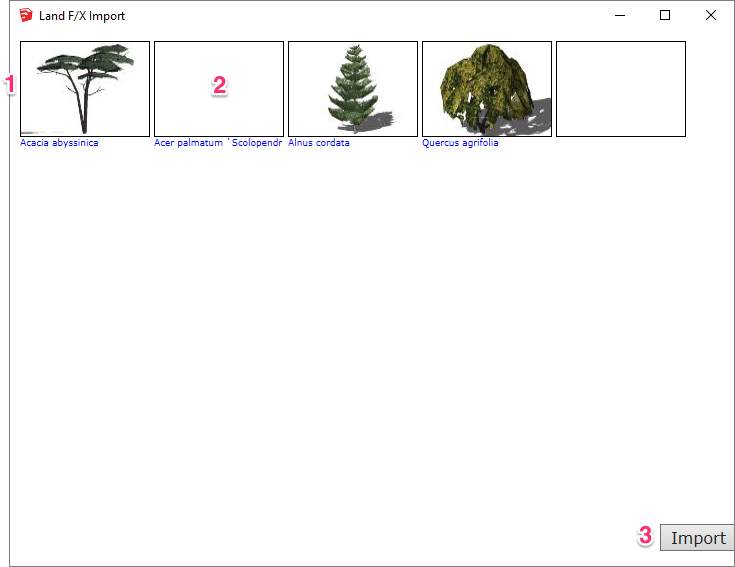 1. The Land F/X Import dialog box lists all plants and Amenity RefNotes you've specified in the Land F/X project you're about to import. Each plant and RefNote's name will be listed below a box, which may or may not contain a symbol for that item.

2. If you're importing a an object that you haven't added or placed in SketchUp, the box appearing above that object's name in the dialog box will either be blank or contain a question mark (?). If so, you'll need to assign a symbol to that object in SketchUp before you can place it in your design.

For information on how to assign symbols to plants and RefNotes in CAD, see our documentation on:

3. Once you've assigned symbols to all plants and RefNotes in your project and are ready to place them in your SketchUp model, click Import.

Your plan has now been imported into your SketchUp design. Your plants and RefNotes will retain the same placements as in your CAD drawing. 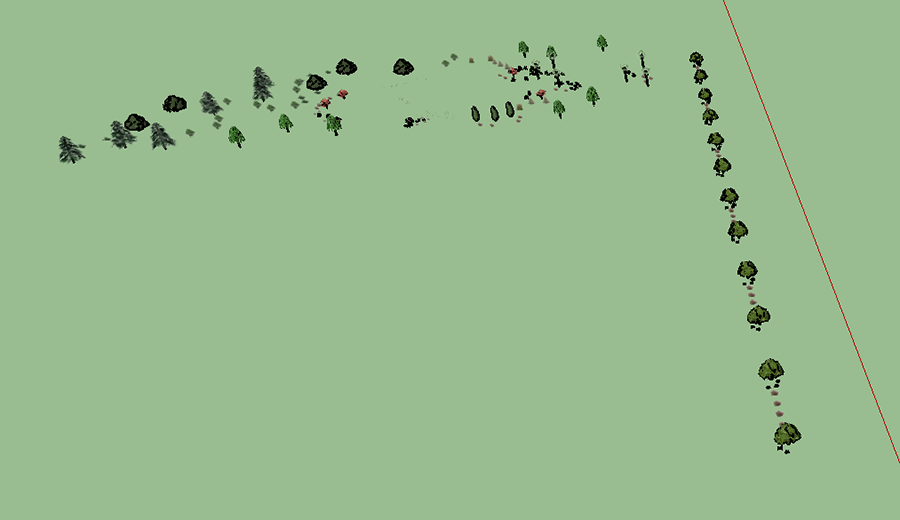 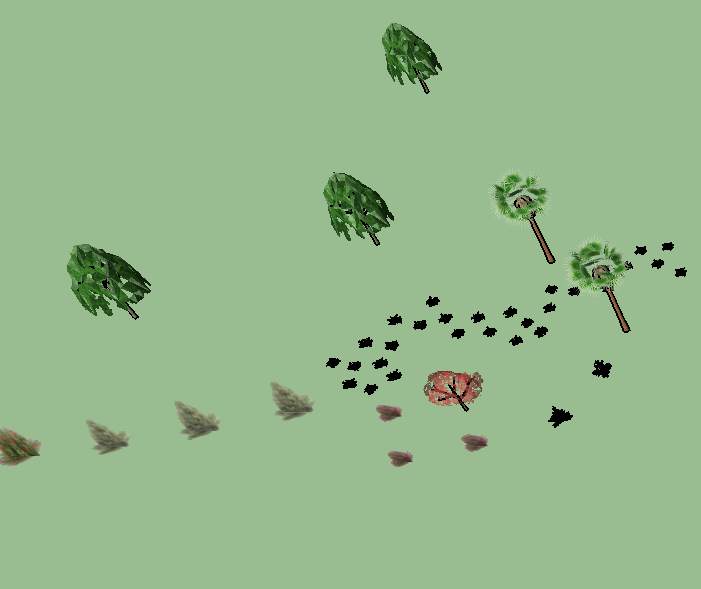 Issue: You imported your plants (or other blocks) into SketchUp from CAD, but they appear extremely small or far away

Issue: SketchUp crashes, or plants don't place correctly, when you attempt to import plants into SketchUp from CAD

Issue: Plants don't show up in SketchUp when you import them from CAD

Issue: When you import and export between CAD and SketchUp, your blocks (plants or site amenities) look overly large or small, or are scaled incorrectly

Issue: You have an academic SketchUp license and are unable to locate your Land F/X project in SketchUp

Issue: Objects are appearing in the incorrect locations or backward in your SketchUp model

Issue: Your custom 3D symbols for plants or other objects are not showing up in SketchUp when you import your drawing

Issue: Clicking one of the Land F/X tool buttons in SketchUp does nothing

Issue: Your SketchUp components are not lining up correctly with your CAD blocks

Issue: Plant copies with the same code are missing when you attempt to send your project to SketchUp